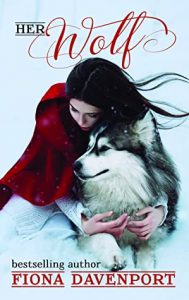 Allegra Hale had no idea shifters existed when she headed off to college with her two best friends. Let alone that her campus was near a shifter town. But that all changed when she got into a crash and was rescued by Zeke Blakesley—the wolf shifter who insisted they belonged together.

Zeke knew Allegra was his fated mate the moment he caught her scent. Now that he has found the woman who was born to be his, he’ll never let her go.

I don’t understand what I read at all. It’s 100% my fault, because I didn’t see it was a short novella and let the cover sway me. I was expecting an in depth werewolf/paranormal romance book.

Instead I got this.

And don’t get me wrong, this author knows her audience. The amount of 4/5 star reviews tells you there’s an audience for this. I am not that audience.

Basically Mr. Werewolf goes on an errand, runs into naive young college girl-ah ha! That’s her mate. That’s the climax…well the first one…sort of…yeah. Heroine goes home with a stranger, they have lots of sex, declare the word “mate” every chance they get. They’re convinced they will now live happily ever after. And a random side plot thrown it that is even more ridiculous than what I just shared.

That’s it. That’s really it. I forgot I even read this book until I checked my Goodreads profile. I don’t hate this book, but I have no interest reading the others in the series where it’s probably more of the same, just with slightly different personalities. 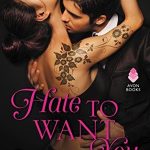 Review – Hate to Want You